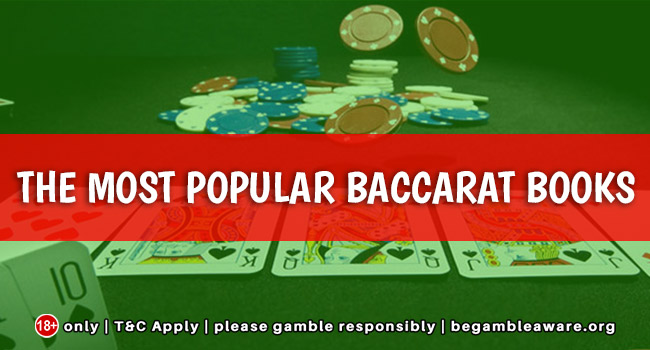 The Most Popular Baccarat Books

Are you interested in mastering the complex game of Baccarat?

There are many ways you can go about learning it: you can read Live Baccarat guides, watch tutorial videos, play friendly games, or even watch movies that show Baccarat.

You can learn the basics of Baccarat any way you want, but if you wish to be a master of the game, then, your best bet is to read popular Baccarat books.

Here are 4 must-reads that will take your Baccarat skill to a whole new level.

A mathematician with a PhD in chemistry, Henry Tamburin was mostly known for being an advantage play Blackjack specialist and casino game theorist for over 50 years.

He has to his name over 700 articles on game theory and optimal play published in popular industry publications like The Gambler Magazine, Strictly Slots, and Casino Player Magazine.

But Tamburin’s game theorist career began with the publication of Winning Baccarat Strategies in 1983.

The book shows multiple strategies supported by high-level mathematics and probabilities. The highlight of the book is Tamburin’s declaration of the uselessness of the card-counting practice. He proves, beyond a doubt, that the mentally taxing process is simply not worth the time and effort.

You can find a ton of strategies that claim to increase your Baccarat profits, which is why John Patrick doesn’t try to sell you any more.

Having been through the thick and thin of it all, he knows exactly what matters in Baccarat. His 50 years of experience as a professional gambler and casino expert consist of him trying to support himself by playing cards and eventually going broke. During this time, he also took up a job as a ‘prop player’, and finally became skilled enough to accumulate a new bankroll.

He uses his experience to develop a safe system of playing Baccarat that focuses on patient play, sound money management, and disciplined deployment of your bankroll.

Lyle Stuart was regarded as the  ‘renegade publisher’ of his time.

Why? Because he was willing to print any imaginable title undeterred by the consequences.

Stuart took advantage of a media feud with a newspaperman Walter Winchell and filed a libel lawsuit, the success of which provided the funding for his new publishing house, Lyle Stuart Inc. As his fortune grew, he acquired an ownership stake in The Aladdin, a major casino on the Las Vegas strip.

He then started his own gambling book series using his insider knowledge of the gaming industry, one of which was Lyle Stuart on Baccarat published in 1984. The book consists of a colourful recounting of Baccarat history, some personal anecdotes, and, of course, advice for rules, gameplay structure, wagering, and strategy.

Frank Scoblete along with his then co-star and would-be wife Alene Paone gave up his acting career and sold off his shares in the theatre company just because he became fascinated by the idea of beating the house at its own game.

While earning a living from casino games as an aspiring advantage player, Scoblete also wrote articles on strategy and game theory for major publications like the WIN magazine. His articles created a buzz and prompted him to establish his own publishing house and write his first full-length book on gambling called Beat the Craps out of the Casinos in 1991.

Driven by the success of his gambling books, Scoblete in 1995 came out with his Baccarat guide book called The Baccarat Battle Book. The 214-page resource covers everything from basics to advanced strategies, making it the go-to book for all types of players.